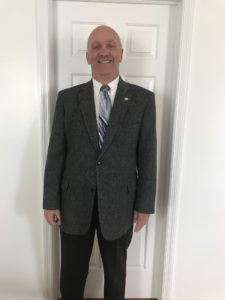 PERSONAL
I was elected to the North Greenbush Town Council for a four year term starting in 2020. I have lived in Wynantskill since 1991 with my wife Maureen. I am the father of three, grandfather of seven and great grandfather of one.

I am a graduate of Catholic Central High School, attended Hudson Valley Community College, and a veteran of the United States Air Force. I retired from the Troy Police Department after 29 years as a police officer in various roles, including union president and detective. I was previously a Deputy Sheriff with the Rensselaer County Sheriff’s Department and a labor representative with the United Public Service Employees Union.

In my free time I have coached my granddaughters’ softball teams, I am an active member at Burden Lake Country Club and St. Jude’s Knights of Columbus, and I volunteer at Samaritan Hospital.

BELIEFS
As an Air Force Veteran, Police Officer and Union President I have made a career of doing what is right and serving our community. I will bring this discipline and dedication to North Greenbush Town Government.

Get information on Summer Camp

Get a Dog License

Send a Story to the Historian

Find all department forms in one convenient location!

The dedication for the new St. Michael the Archangel Church was held on January 9, 1983. The new church on Williams Road took the place of the former St. Michael's located on Stowe Avenue in South Troy which burned in 1978.